Sponsored: Low FODMAP and the Gluten-Free Diet: What’s the Connection?

Irritable bowel syndrome (IBS), non-celiac gluten sensitivity (NCGS), and the low FODMAP diet are all interlinked. If you suffer from IBS or NCGS and experience digestive issues you could stand to benefit from this specialized diet. Always consult with your healthcare provider before starting a new diet.

Before you leap in to the low FODMAP diet, it’s important to understand what it is exactly. FODMAPs are “fermentable oligo-, di-, and mono-saccharides and polyols.” Now you get it, right?!

Unless you’re a food scientist, probably not. In layman’s terms, FODMAPs are short-chain carbohydrates that are resistant to digestion. FODMAPs draw water into your digestive tract and end up in your intestines rather than in your bloodstream. If you have a FODMAP-sensitivity, this means that they’ll cause nasty symptoms such as excessive gas, bloating, diarrhea and/or constipation. Although not everyone is prone to FODMAP sensitivity, Monash University has learned it’s very common among IBS sufferers.

Before we go any further, we should mention that the low FODMAP diet may be effective for those with gluten sensitivities, but it is not a treatment for celiac disease. That being said, if you paid close attention to the brief list of foods high in FODMAPs that we just mentioned, then you’ve probably already noticed that certain gluten grain foods also happen to be high FODMAP. In fact, researchers have identified a strong connection between the two.

According to low FODMAP diet research, wheat, rye, and barley intake needs to be restricted, but for different reasons than for those with gluten sensitivities. The high FODMAP culprit in gluten grains for IBS sufferers is actually fructan, a carbohydrate that is considered high in FODMAPs.

For IBS sufferers, small amounts of foods containing wheat, barley, and rye won’t do any harm, but larger amounts will definitely lead to discomfort. Essentially, it’s all about portion control and knowing what’s safe to eat. The low FODMAP diet makes this easy, by providing dieters with guidelines that may be strict, but easy to follow.

How do I Know if I Have NCGS or IBS?

Since there’s a lot left to learn, food scientists are still trying to understand how NCGS works and what effect it has on IBS and NCGS sufferers. This means it can be difficult to spot the difference.

Many people with NCGS are unfortunately misdiagnosed with IBS, and vice-versa. Since there is a lot of overlap between the two, it could be worth trying out the low FODMAP diet to see if it’s right for you. The low FODMAP diet is not a weight-loss plan, rather a lifestyle diet that helps ease uncomfortable stomach symptoms for many people. Always consult with your healthcare provider before starting a new diet.

If you’re interested in learning more about IBS, NCGS, and the low FODMAP diet, or to shop for low FODMAP products, head over to Fody Foods. They have a wide range of snack bars, salad dressings, sauces & marinades, and more that are sold online and in your local grocery store. 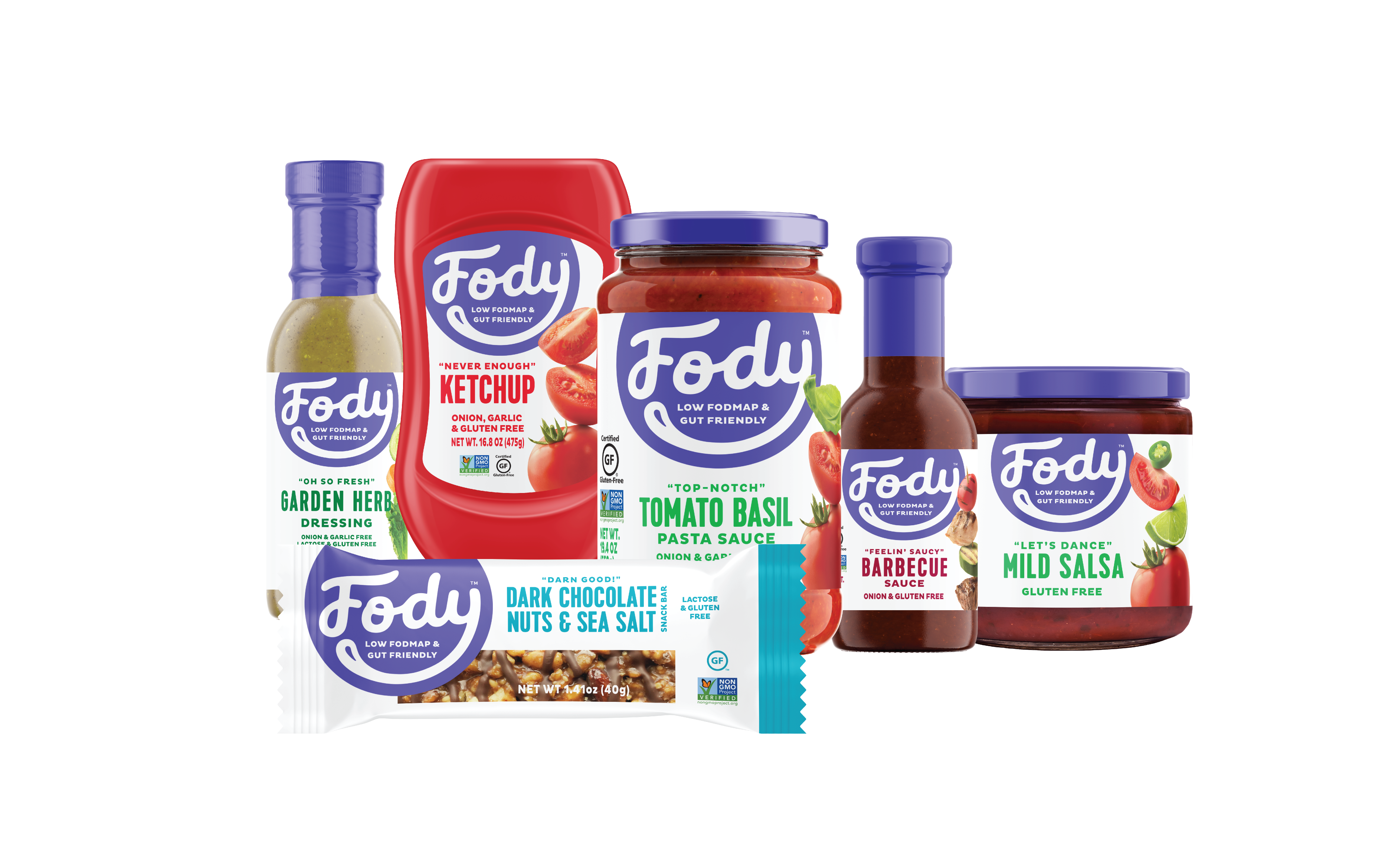