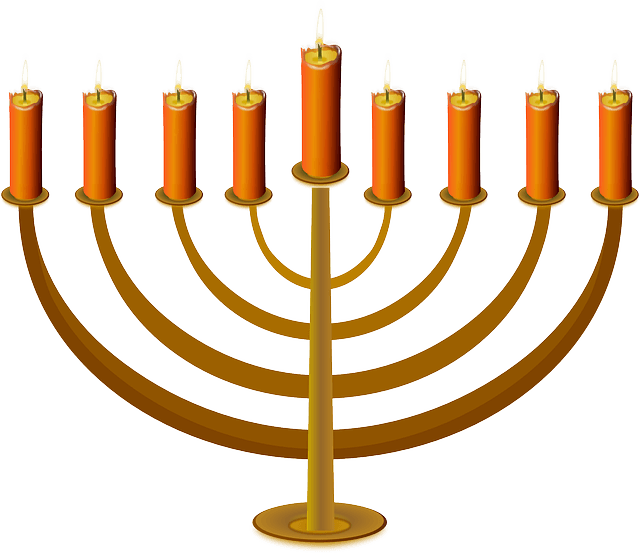 As December 21st, the winter solstice and shortest day of the year in the northern hemisphere approaches, we are looking forward to holidays that fill the long dark nights with light, such as Christmas, Kwanza and the Jewish holiday of Hanukkah. With celebrations comes food and with food comes the challenges for those of us on the gluten-free diet to remain safe. This affords us an opportunity to adapt family favorites and branch out to discover new dishes.

Hanukkah commemorates the return of the Jewish people to their holy Temple in Jerusalem in 165 BC. In 168 BC the Greco-Assyrians had invaded the Land of Israel, outlawed Judaism and taken the Temple, religious center for the Israelites since the 10th century BC. They defiled the holy sanctuary by erecting a statue to Zeus and sacrificing pigs. Once back in control of the Temple the Jews wanted to light the Everlasting Light (still lit in every Jewish sanctuary today). The Jews found enough oil to light this “Ner Tamid” for one day, but it takes 8 days to press olives to make the oil. The dual miracles of Hanukkah are not only that the small army of the Israelites was able to regain sovereignty in their ancient capital, but also that one day’s worth of oil burned a full eight days until the new batch was ready.

Due to the miracle of the oil, Hanukkah foods are typically fried. The most famous Hanukkah dish in the USA seems to be potato latkes (pancakes fried in oil). Grating the potatoes and onions is quite a lot of work, and with eight nights of celebration I have to admit that when the kids were little and I was working full time, I discovered that many prepared mixes are actually very tasty and gluten-free. My favorite is Manischewitz. All I do is add oil, water and eggs and fry as directed. Be sure to check the ingredients, and if you avoid products manufactured in a facility that also processes wheat, note if that is the case. 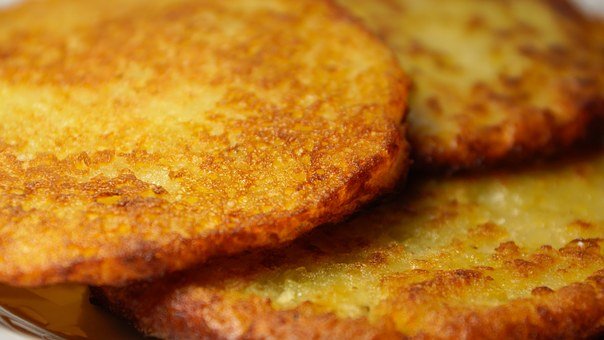 From scratch latke recipes generally require a tablespoon of flour and on the occasions I’ve actually gone that route, I’ve found that a gluten free flour (my favorite is Bob’s Red Mill GF All Purpose) did the job fine.

Using a mix for the latkes freed me up to spend time making sufganiyot, Israeli jelly donuts, which is a bit of a patshke. I’ve used this recipe at Genius Kitchen  but halved the ingredients which gave me about 16 donuts. My notes say to construct the sufganiyot before turning on the oil, and to use less than the recommended 2 inches of oil, flipping to brown the other side. 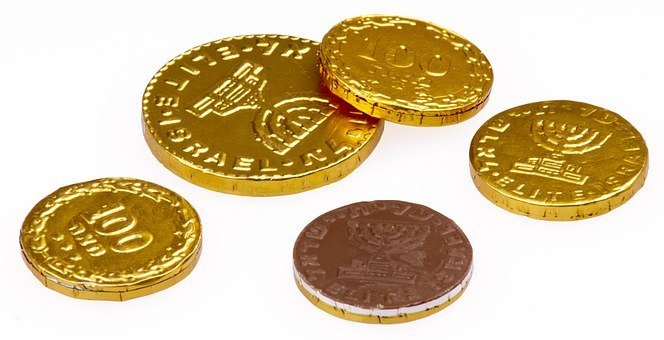 The last food typically associated with Hanukkah is “gelt”, chocolate coins wrapped in gold foil. Every year I read the ingredients before buying and every year have found my supermarket carried a gluten-free product.

For each of the eight nights of the holiday Jews around the world light a hanukiyah, a candelabra with nine holders. One for each of the eight nights and the ninth to hold the shamash, an extra candle with which to light all the others. The first night the shamash lights one candle and each subsequent night another candle is added until all eight branches are full, making a beautiful, bright display on a table in the house, or in the window to share the joy with the world. While the candles burn families play dreidl, spinning a four-sided top in a game of chance, and exchange gifts.

All Jewish holidays begin at sundown the day before. In 2017 we light the first candle of Hanukkah on Tuesday, December 12th.

Wishing everyone much joy, happiness and light in this season.