Q: If a person does not have the celiac genes, can celiac disease be ruled out?

The short answer is yes, celiac disease can be ruled out >99.0% of the time in this case.1 Negative tests for both HLA-DQ2 and HLA-DQ8 genes make celiac disease highly unlikely.

And a little more detail about the genes:
“The Human Leukocyte Antigen (HLA) genes are linked to many autoimmune diseases such as celiac disease. Everyone has a copy from the mother and a copy from the father. These copies can come in different versions called alleles. The HLA gene alleles that predispose a person to celiac disease are called DQ2 and DQ8. One may have DQ2 or DQ8 in one of the copies or in both. People who have only one copy of DQ2 or DQ8 have a risk of about 3% of having celiac disease, whereas people who have two copies of either have a risk ~10%. Rarely, people with only 1/2 of the DQ2 gene can get celiac disease but this occurs in <5% of people with celiac disease.

HLA types are actually combinations of genes so it is possible to be DQ2 positive even if neither of your parents has this gene. Overall though, at least 50% of children of parents carrying DQ2 or DQ8 will also have one of these. Almost all people with celiac disease have at least one DQ2 or DQ8 copy. This is why genetic testing is so useful to rule out celiac disease. Nevertheless, since 30-40% of the general population has at least one copy of DQ2 or DQ8, the gene test is not a good test to confirm celiac disease.”2

A couple of take-away points:

Read about other conditions where HLA-DQ2 and HLA-DQ8 genetic testing can be valuable. 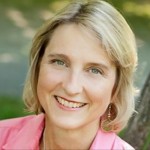